I am still in shock that the same week that I spoke out/posted about being raped by Neil Tyson,  Misty was missing, and running for her life, because someone found out that she still had that teal blue dress with DNA specimens on it. Perhaps this is why I had to write the song. I know that it was given to me by one of Our Lakota Ancestors.

Here is the video slideshow with the song.

It is Good to Share Knowledge and Truth. Even when it is Tragic and Sad.

What a difference one moment can make. can change a life for ever. end relationships. exposes truths and weaknesses. empower or ruin lives. I am choosing empowerment. I am choosing to end silence and end violence. Never once imagined that Reggae on the River would be connected to the Blue Lotus Speaks….

First, the Good News!   Had an amazing weekend. here are some photos….will have video very soon….

now for the harsh realities. Not sure if my pondering about events following previous 2 appearances at Reggae had anything to do with this, but here goes….

Less than 2 months after Tchiya Amet Day, End the Silence, End the Violence, (June 7 2014), 2 days before my 53rd birthday, 2 days before the end of my Chiron Return, (August 5, 2014), at around 4pm pst, I was sexually molested/assaulted in broad daylight, in front of my boyfriend, in our booth at Reggae on the River 2014. Fortunatly, it only took me 3 days to file a police report as opposed to 30 years. (Read Blue Lotus Speaks Update)

Turns out, there were several instances of this during the course of the weekend. I even heard that the issue was addressed from on stage, that there needs to be more respect of women.   I am asking for your help right now. Help us to identify and nail this creep. Get him off the streets and away from Innocents. Women, Children. Elders, etc.  Help me get this disgusting image of his face out of my mind and onto paper. I completely froze, which is understandable based on my history. But now, I have the opportunity to turn things around. This pervert came to my booth 2 times before, so I know exactly what he looks like, how he sounds. etc,. why didm’t I scream? why didn’t I report to the authorities? why didn’t my boyfriend? TRAUMA.

His name is Mike or Kevin. He is short, dark skinned. Bald. wears glasses or sunglasses. Comes from Nigeria or Ghana, living in Boston with heavy British/Boston accent. was wearing a green t shirt and shorts. very cocky, arrogant bastard. Was volunteering at a friend’s booth, not sure if it was a non-profit booth. wanting to remember what kind of booth it was. came to my booth once in morning, and he even watched my booth while I went to get my cell phone that had been charging at press tent.

Then he came back while I was giving a woman a sound healing treatment. he put his hands on my back and his female friend told him to stop, to leave me alone because I had a client. he told her that he and I went way back (not true! only met him that morning!) and that it was cool??? Then I told him that I was busy and to come back in 20 minutes. He claimed he wanted to buy some oils and a cd.

When he returned a few hours later, he walked right past my boyfriend who was seated in front of merchandise , right behind me, and proceeded to place one hand on my left breast while other hand headed into my vagina.  I raised my hands up, said WHOA and stepped back. I froze for what seemed an eternity. Hands still raised, mouth dropped wide open, eyes bulging. heart pounding. When I was about to tell him to leave, still seated, my boyfriend calmly began to speak with him. This shocked me even more, and traumatized, turned to go work on next client. Kept silent, not wanting to make waves or embarrass boyfriend.

Next day, a friend told me that I need to speak with the boyfriend about what happened. We did, and this led to us breaking up. Some friend! when I called to him today for support, all he could do is tell me that his video had gotten up to 93,000 hits? Ironically, these are the same two people that helped me with my performance and booth operations over the weekend….

Anyhow, I am shocked, as usual, as how insensitive some folks can be. asking me what did I do to attract this? why didn’t I give a signal that I was in danger? That is like asking a car accident victim why they did not drive themselves to the hospital!

I had my first Tae Kwon do Class today. If this ever happens again, or if I see it happening, the pervert will end up in jail, hospital or the morgue. HOTEP.  I am grateful for this Reggae on the River Experience to guide me further along the path of healing self and entire planet. Let’s re-connect in November….

ALL I WILL  SAY IS THAT THIS WEEKEND IS GOING TO BE TRIPLE SIRIUS. I have a few numbers to share with you:

1. The first time I performed at ROTR was on August 3rd, 2001 at 4pm, with the Light House Band. I ate half a “cookie” instead of a quarter cookie (like I was instructed!!!) after our performance. I passed out in the van, unable to move, communicate, let alone remain conscious! I woke up the next day in my stage clothes, in a hotel bedroom. The day after that was my birthday. My Dad died a few months later on November 30. The first day of Ophiuchus, and same day as George Harrison. Earlier in the Spring, when I learned about my Dad’s health, I had considered canceling the  tour and moving back to Chicago to care for him, but he wouldn’t hear of it. He said the move would ruin my career and my marriage.

2. The second time I had the honor of performing at ROTR, was in July 17, 2010. It was the Day of the Cosmic Convergence. With a different version of the Light House Band. By this time, Mario Vela, longtime life partner/drummer/manager and I had divorced. In March, we found out my Mom’s  gas pains was supposedly uterine cancer so they said. I flew from California to Chicago one or twice a month to help out as much as I could. Sigh, alas, a few months after Reggae, my Mother died.  November 23. That time of year was  already tough enuff because so many people choose to give thanks for the needless slaughter and elimination of Indigenous Peoples around the world at this time. Now it is REALLY difficult. in fact. IT IS REALLY SIRIUS.

3. 31 years ago, I was a student at Oberlin College. One day, there was a free concert outside. Some kind of music that I had never heard before, and I had never heard about it either. I remember how good it felt just to be there eating my dinner. relaxing and listening to the unusual-at-the-time music. It is amazing to me how someone can be so educated and know so little about life. I was about to graduate with a BA in physics, and yet I knew nothing about Africa, REAL history, Native America, let alone REGGAE MUSIC OR THIRD WORLD!!! That is right, just out of the blue, I got hit over the head with consciousness! Felt NO PAIN! Unfortunately, the following year, I also got hit over the head with sexual assault, and it took me awhile to get out from under all of that.

Never would have guessed, after all of this time, here I am about to play at Reggae on the River, for the third time, accompanied only by My Self, on my Mother’s birthday, July 31. It is the 30th anniversary of Reggae on the River.
AND Third World is performing!
There s so much to celebrate and to be grateful for.

Celestial Folk Music was released on Aug. 5 2012, and is available at www.tchiya.com

I will also be selling Kemet Flower Essence Oils, hand blended and poured by Yours Truly..

Also, my favorite, WATER BALLOON CANDLES.
Cosmic Sound Healing will be there as well….

have planned a very special healing experience for all of us, and I look forward to seeing you there…besides, this event occurs during SIRIUS RISING!!!! 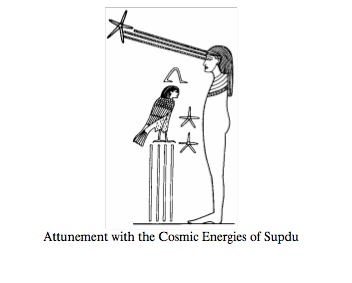